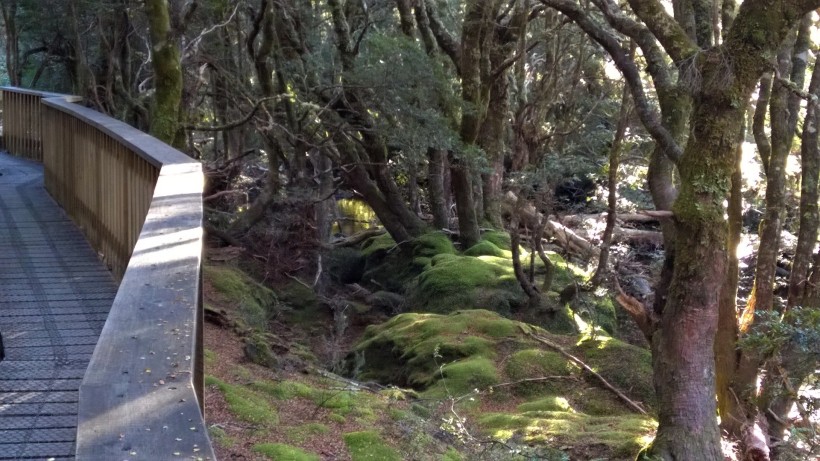 Near Cradle Mountain, in Tasmania, is Enchanted Forest Walk. The scenery on this 1.6km trail is worthy of the name and I’ve included some trees for Becky’s squares. 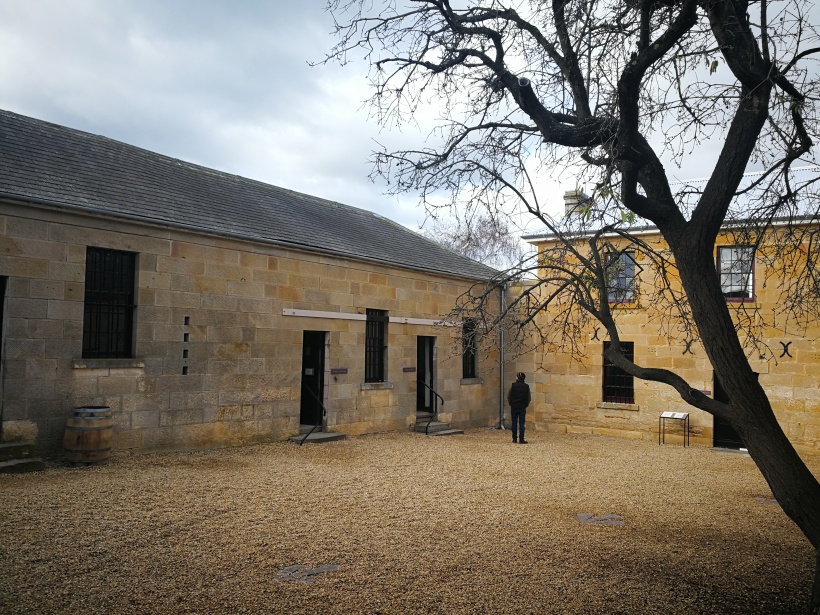 Richmond Gaol (old spelling of jail) in Tasmania is the oldest intact gaol in Australia. It holds a wealth of artefacts and stories, including the one about Ikey Solomon, an inmate used as the basis for Dickens’ character, Fagan, in Oliver Twist (https://www.ccc.tas.gov.au/places/richmond-gaol/).

This photo, for Becky’s squares, is of the exercise yard and I thought that the tree must have been witness to many an interesting conversation.

The gaol was used to house both make and female prisoners, and even though the ideal number of inmates was about 60, there are records showing that around 100 have been there at a time. Not just interesting conversation, perhaps.

The next yard over was the punishment area, where whippings, or floggings, were held every second day. No hanging tree, though.

From Tasmania, for Becky’s blue squares.

For the photo challenge from Witsend Travel.

For Xingfumama’s challenge, pull up a long bench in Launcestan’s City Park.

Bring the whole family, or neighbourhood.

This rusty metal truck sculpture was outside MONA in 2017.

Near Swansea, Tasmania, Spiky Bridge is a relic from the use of convict labour to build most of the Island. The reason for the spikes is unknown, but not free from speculation. It’s my entry in Becky’s spiky squares for March.

Don’t worry, I’ll run out, soon, and Spring is around the corner for more photo specimens. But for today, it’s another Tasmanian orchid.

From within the Royal Tasmanian Botanical Gardens Conservatory.

Returning to my theme for Cee’s flower of the day –