If you find yourself having a brief stop in Perth, the capital city of Western Australia, and there’s time between engagements, here are five suggestions that will revive, restore and elevate you. 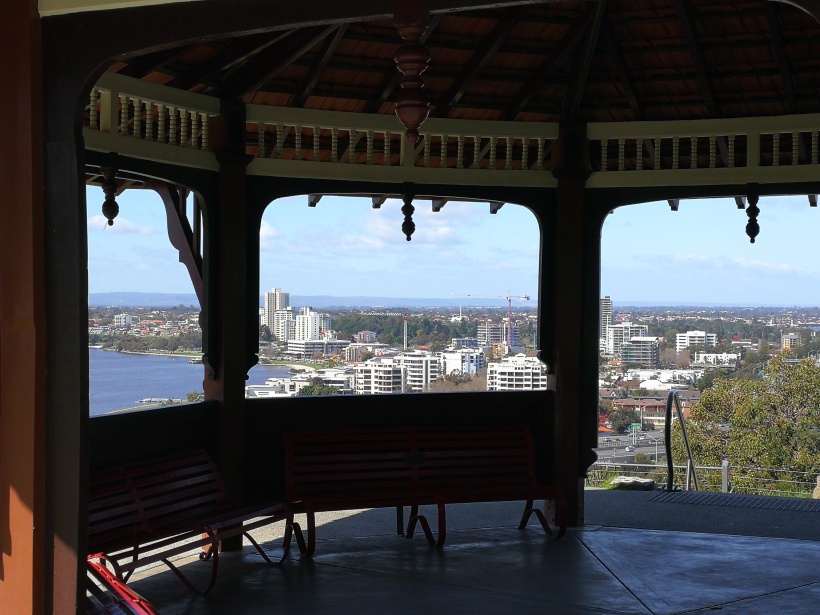 Subiaco is an inner suburb, that has a similar feel to Launceston, so is probably around the same age – early 1800s. The Primary School hosts a farmers’ market each Saturday morning. Locally grown and produced goods are sold and taste tests are plentiful. There are cheeses, fresh fruit and veg., baked goods, dairy, smallgoods, teas, pickles and preserves, soaps and handicraft sold from undercover stalls. In a nearby grassed area I spied a children’s animal farm, a junior soccer demonstration and a small yoga session. There is something for everyone, toilet facilities, and I would call it medium scale.

well-signed in the town

From Subiaco (Sooby-acko) or Subi to King’s Park and Botanic Gardenis a ten-minute drive. We always seem to arrive here when there is an event and this weekend was a festival. Lovely artwork was dotted around the explosion of wildflowers and brightly coloured umbrellas festooned the grassy lawn in front of the gazebo. It is a very well-planned Botanic Garden with many displays and sections, but it is also well-known for the War Memorial and the viewing platforms from which you can see Perth CBD and the Swan River.

Cottesloe Beach had eluded us on other visits to Perth, so we had some inside help to get there in the afternoon. About 10 years ago, Cottesloe was voted as the second most popular beach for families in the world. The gorgeous old building, Indiana Restaurant, is really worth a visit, with period architecture and delightful views. The coffee was possibly the best I have ever had. They catered for the one-year old with us and had a high chair and a friendly attitude. 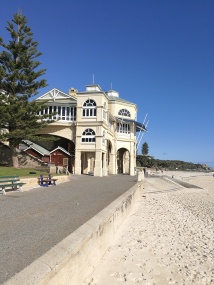 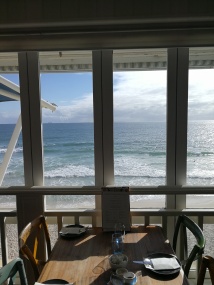 Plenty of surfers kept us entertained and the crazy people who took to the water in the 16C day. There was a low-flying drone and I was fascinated by the pylon, resembling a non-functional lighthouse. In 1932 a man built a shark-free swimming enclosure at Cottesloe that was very popular. Three years later, a huge storm wiped out the structure – all but the striped pylon. Its barnacled base allows people to climb it, but it isn’t pleasant and high tide is easier.

An early morning walk at and around Lake Herdsman will provide water bird enthusiasts with ample specimens and there were many picturesque spots. Apparently, there is a Lake Canning which is bigger and less reedy, but the paths were good and well-used. 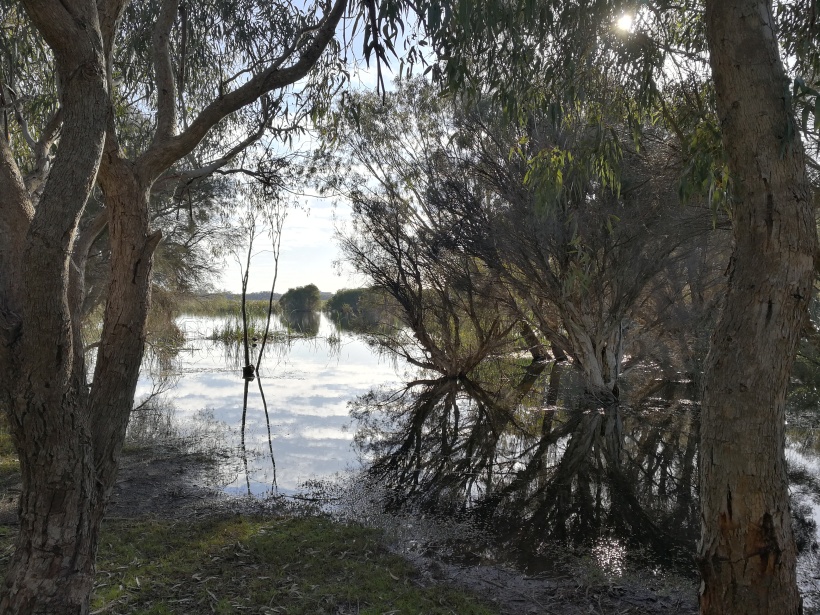 Fremantle (Freo) is such an old favourite. We strolled the busy streets, enjoying craft shops, books, furniture, clothing, food, pubs, cafes, sights, sounds and smells. Moore and Moore provided a delicious lunch – pulled beef burger, pancakes with banana, salted caramel sauce and pecans, with blueberries an optional extra. Drink orders included filthy chai latte with soy milk (delicious) and cappuccinos. The ambiance is casual and the decor is heritage. A couple in our party had had their wedding reception there and said it was ideal, with the venue being extremely helpful and practical. 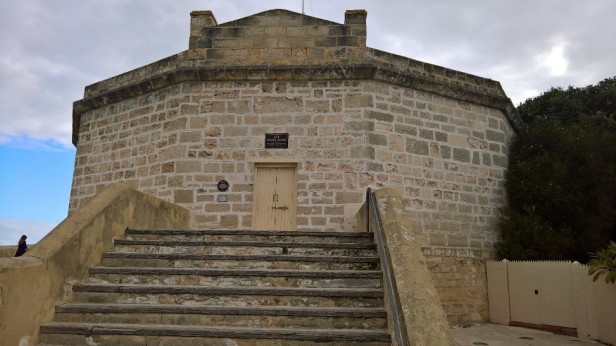 A visit to Freo isn’t complete without going to the park and watching the Ferris Wheel, strolling the beach or the wharf and then heading for the Round House. The oldest building in WA still standing, it affords good views of the town and the coast and its crumbling limestone wall reminds you of its history and fallibility. A tunnel runs under this, constructed in 1837 and once used by whalers to connect the beach to High Street. It is 45 m long, but was originally 57 m, only the cliffs have been cut back. 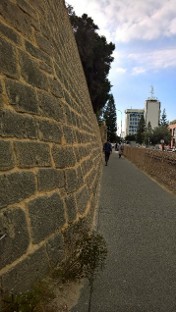 By now it would be time to head for the airport or your last night. There are many hotels and backpacker hostels and a couple of inner caravan parks. We have previously stayed at BIG4 Woodman Point Caravan Park near Fremantle, and it was very good, with large powered sites and close to good swimming beaches.

The main attraction for us was our relatives and their knowledge, generosity and one year-old were priceless. We can’t share them, I’m afraid.

Safe, fast travels. Take a warmer hat in Winter and water for after wine or bevvies.