Nearly two years have passed and yet I cannot forget the trip to Sa Pa, in Vietnam’s remote northwest. We took the train, and there the adventure began. 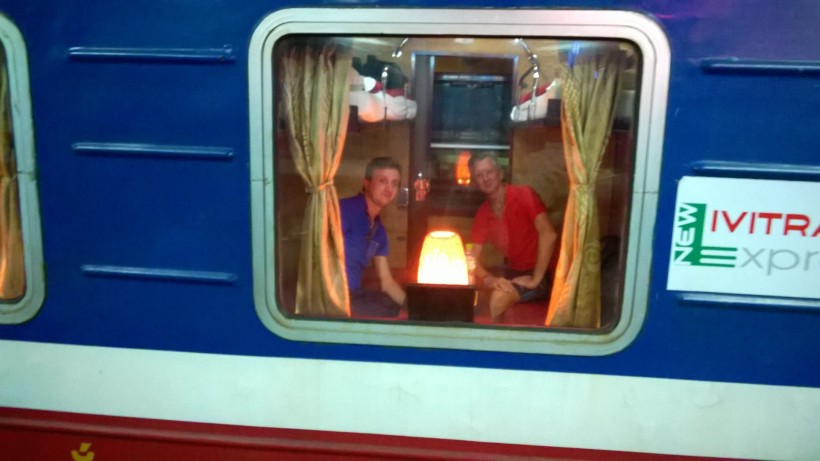 The train to Cao Lai on the Chinese border was very long and, as our first sleeper, the bunks and bedside snacks were snug and welcoming. As the train departed, though, I cannot begin to explain the various directions I was pulled in and rolled to and how many bodily functions I wanted to perform at once. Sometimes I stood outside our cabin, swaying in the coolness of the breeze that swept down the corridors through the open doors, monitored by one of the carriage guards. Motion sickness tablets work and I managed a satisfactory sleep, over the night. Someone knocked on our door at 5.15am and I awoke to the lush green vegetation of the hills whizzing past the window. It was lovely.

We were collected by a pre-booked local driver and guide and took the steep, winding road to Sa Pa. Apparently, you can take a bus from Hanoi to Sa Pa, but it is narrow and winding, so I’m not sure the journey would have been any better. My husband says the train trip was the highlight of our entire Vietnam holiday, so each to their own. The guide took us to a little shop for some breakfast and then we began our walk through the main streets, heading for Catcat. 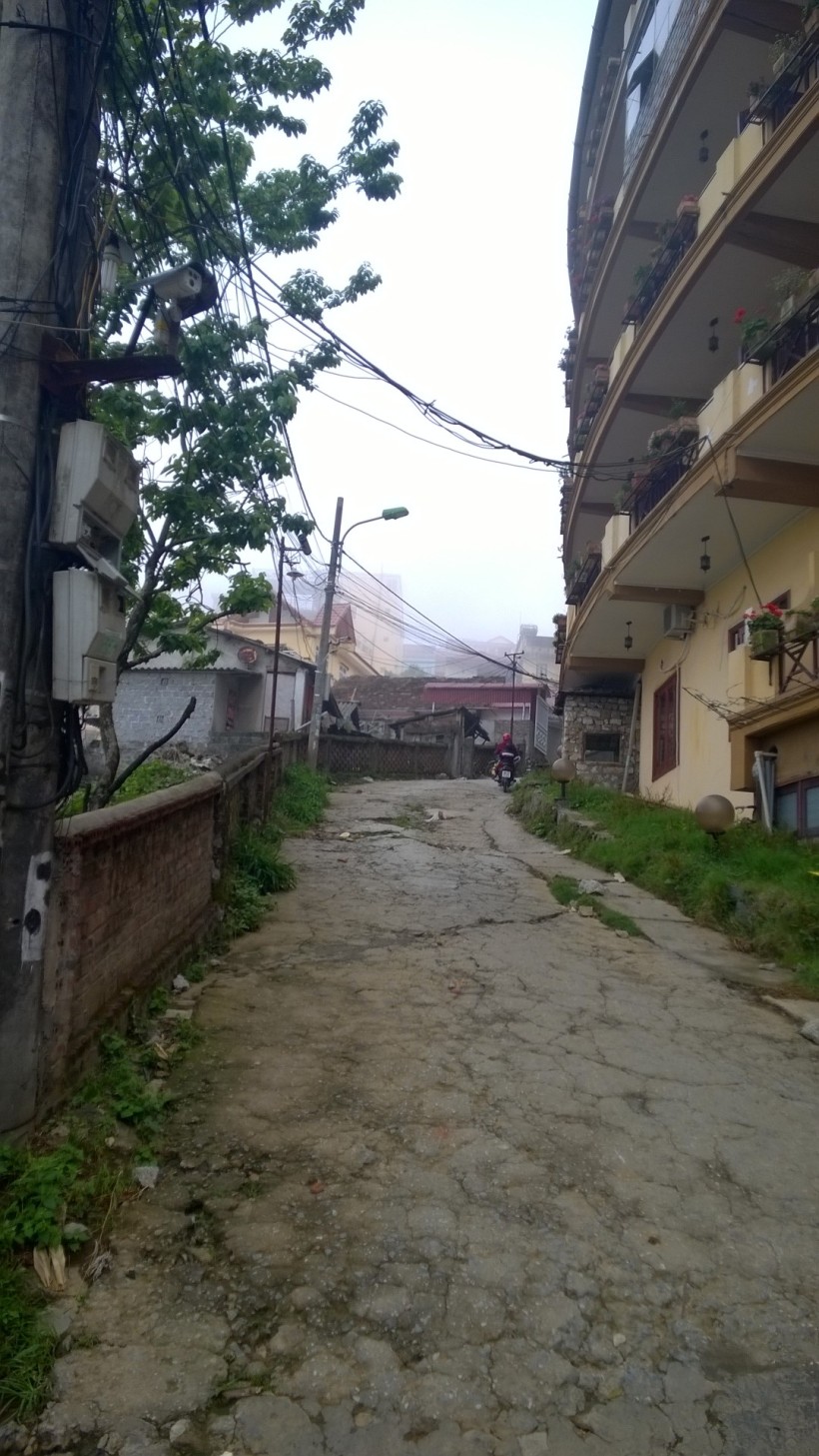 Heading out of the town, you quickly come to the terraces for which the area is known, and although it was the warm season, a thick fog cloaked the hills in magic. 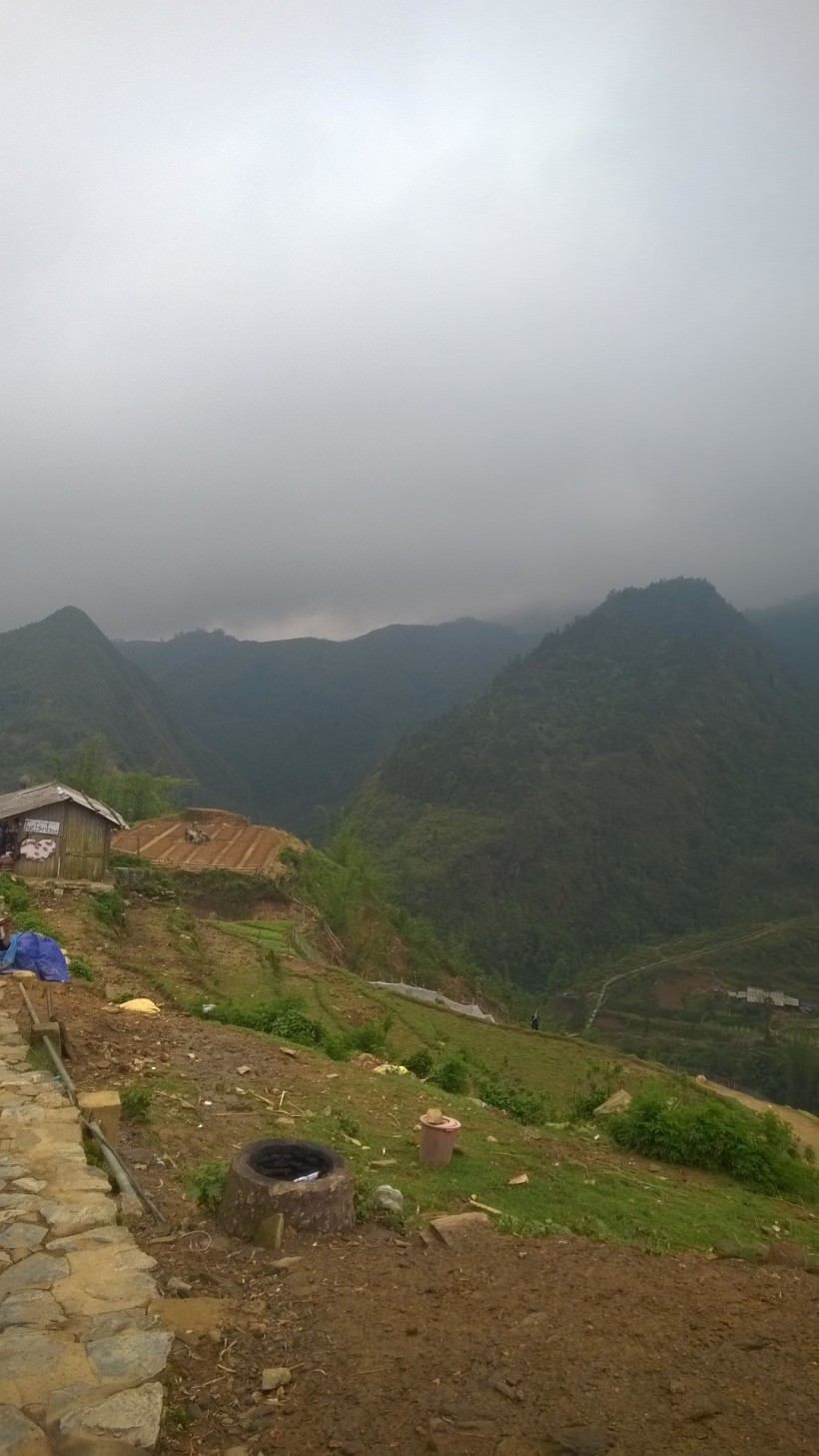 Steep terraced hills are sewn with rice and hemp and water buffalo roam freely when not tied to a plough. Our guide, Cuong, was local to the area and he explained the rice growing seasons, dyeing hemp and the importance of marriage and children. He was clearly on the lookout for a wife and at one time displayed his skill with a flute.

Cuong took us through the market stalls of his people, explaining that they rely on tourism to survive. Inexperienced travellers, we only learnt much later that it is customary to tip and one of the great regrets I have is that we did not do so in Sa Pa. We were taken to the house of a friend of our guide and shown the hemp drying. The young woman, 20 years old and with 2 children, had a photo with my son, who was 23, outside the house where she dyes with indigo and weaves the hemp, as her mother and grandmother did before her.

We reached the beautiful falls and were told that the windmills are replaced often, as they do not last long. 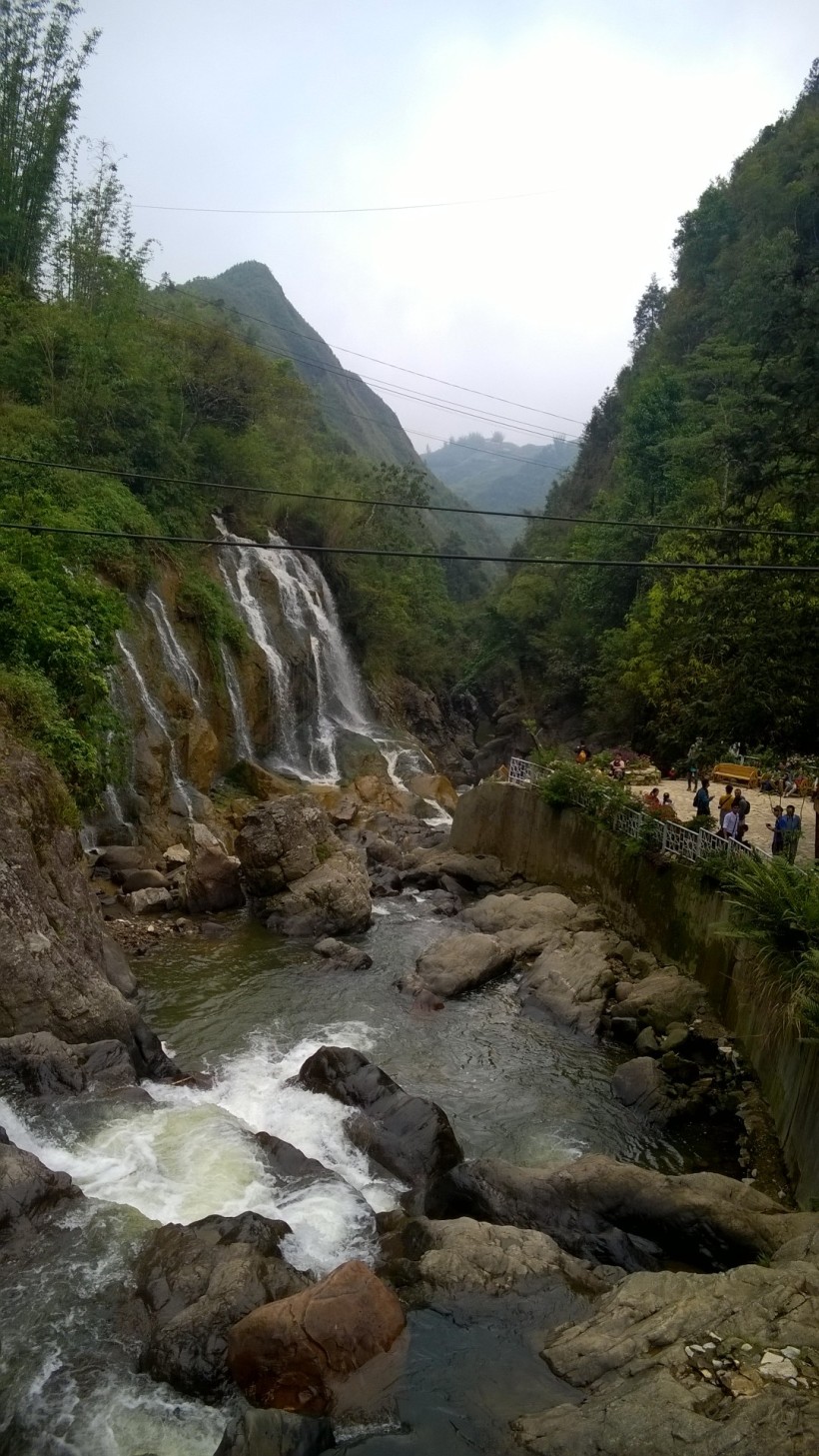 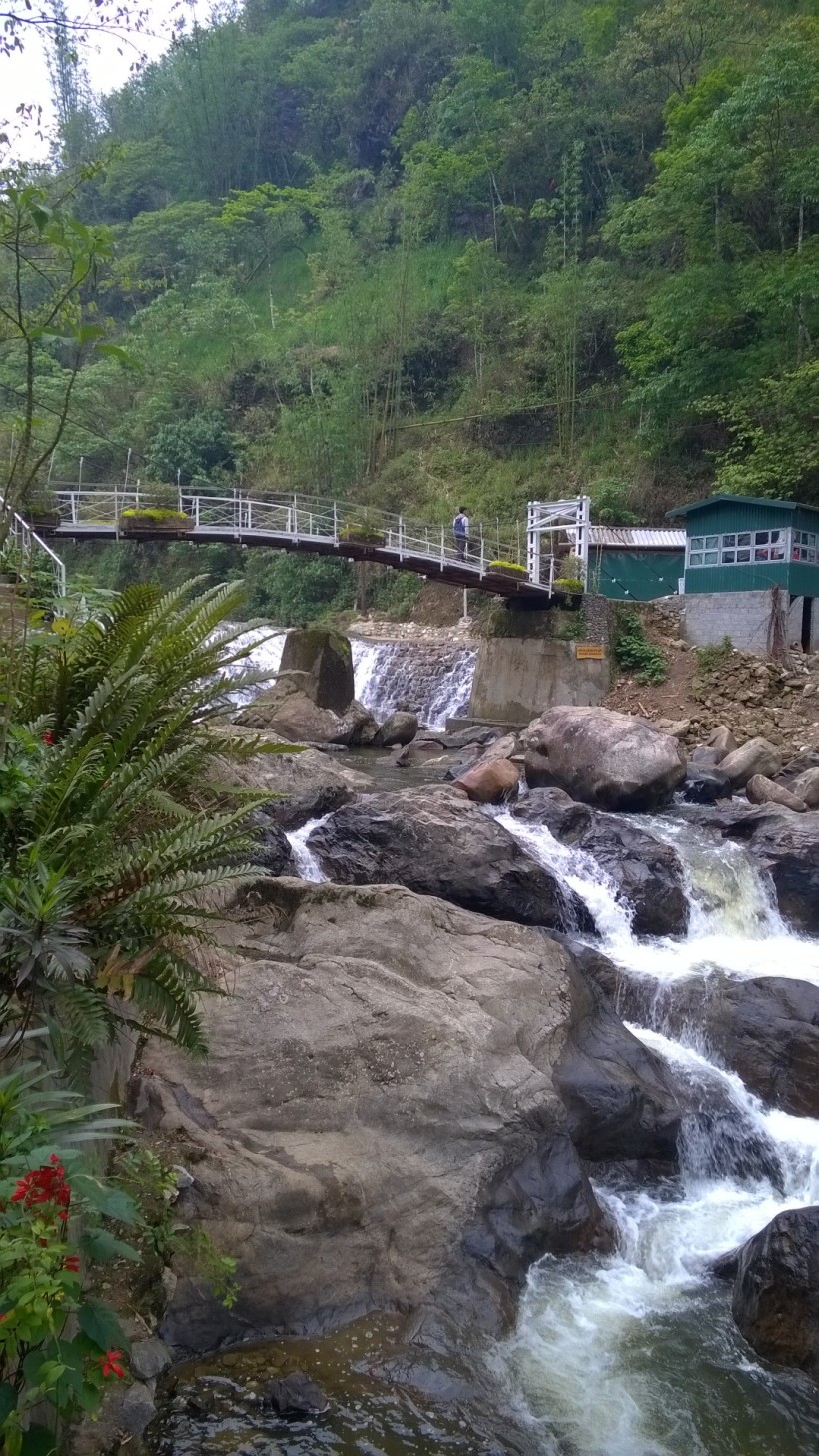 At the top of the falls we were entertained by a traditional story, with music and dancing. The varieties of dress and props was extraordinary and the venue perfect. 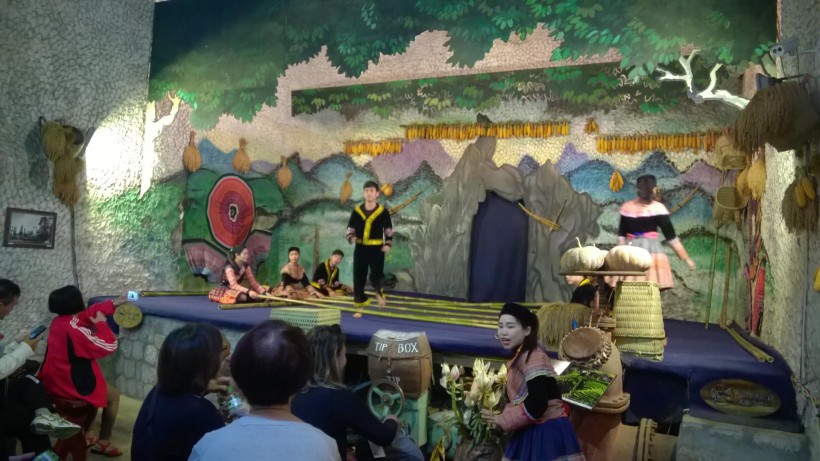 Cuong took us to two schools, as we are teachers, and at the school where he went we spoke to the teachers. I was surprised that, instead of a bell, they have a large drum that can be heard around the mountains. No drum monitors, though; only the Principal can call the children to the classroom. 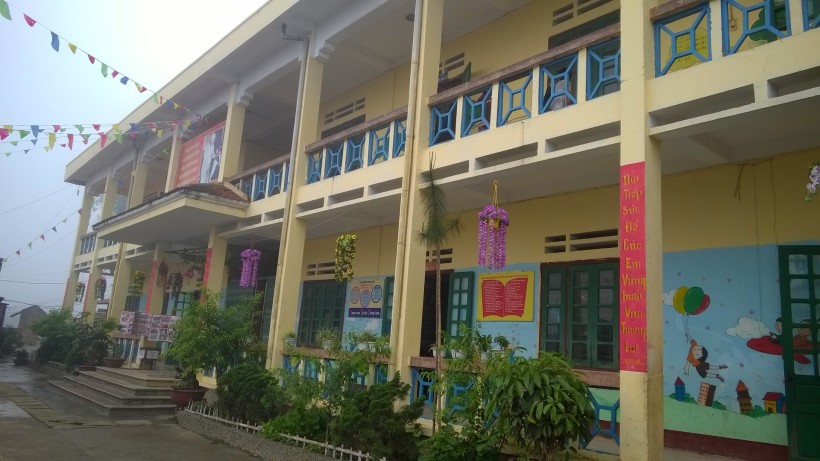 The paths were good and as we went higher once more, the mist swept in. We passed ancient stones whose purpose even the guide did not know, but he did know a good place for lunch, in Lao Chai, overlooking a deep river, dry at the time. 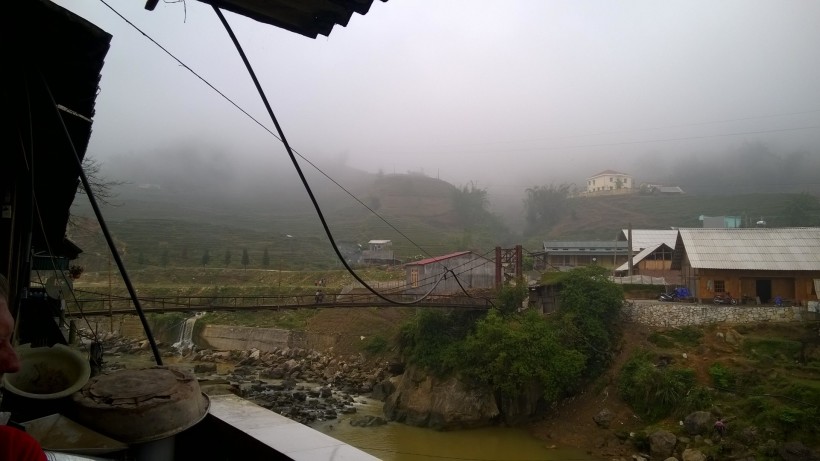 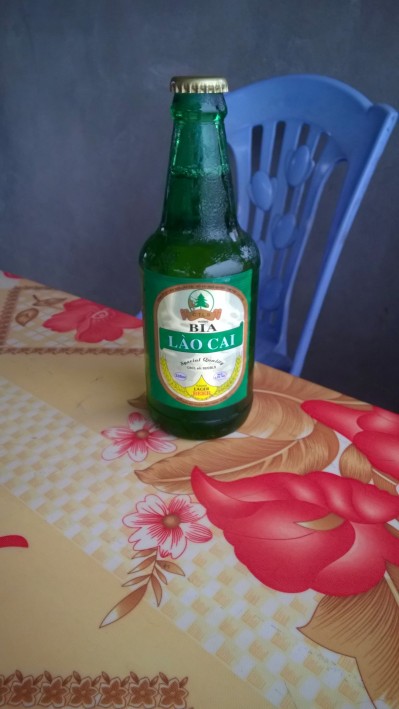 Back past terraced mountainsides, we went to Sa Pa and walked its steep streets. 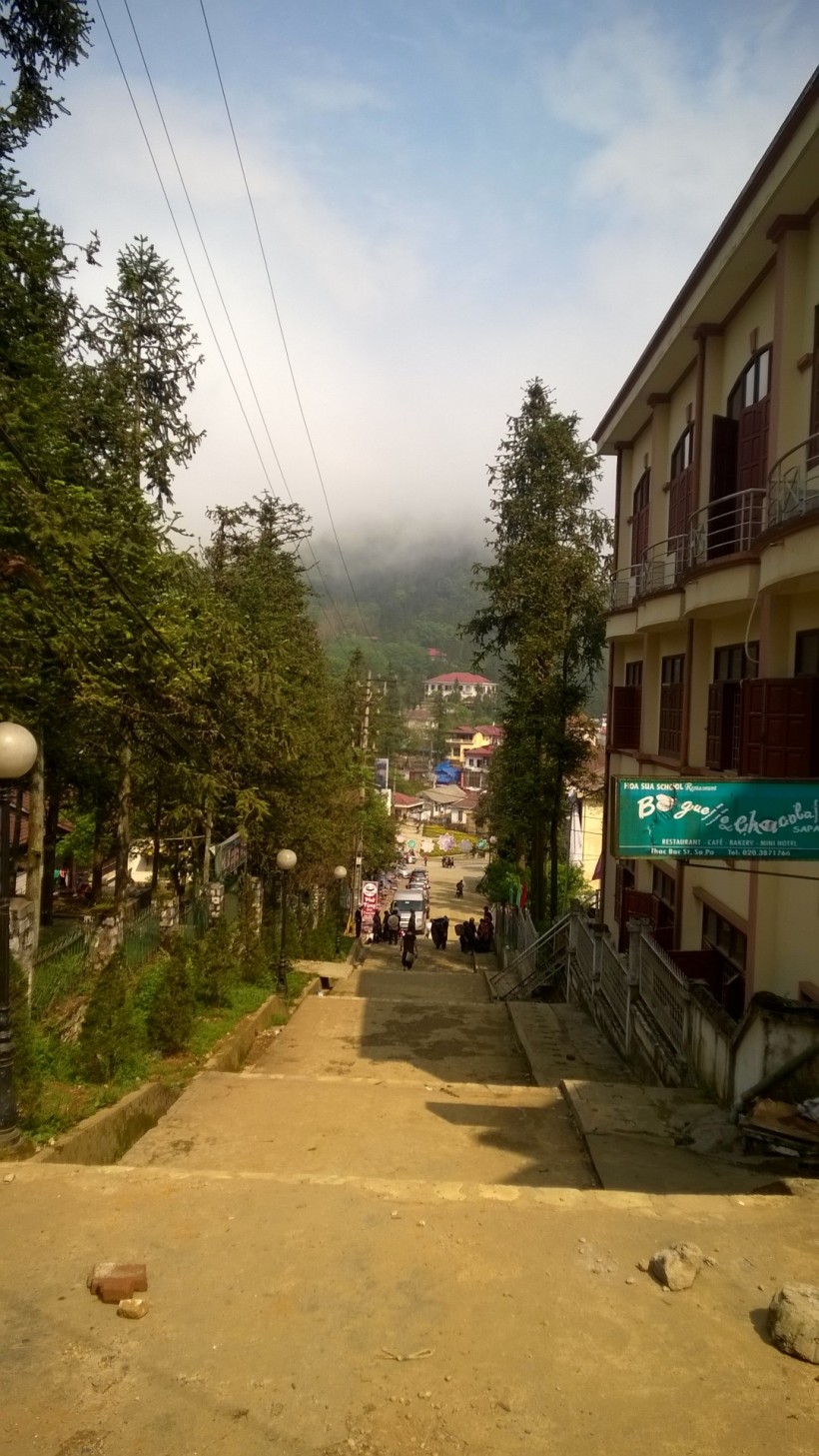 Then sat in a square, opposite the church, as the fog set in and we waited for our ride back to Lao Cai. 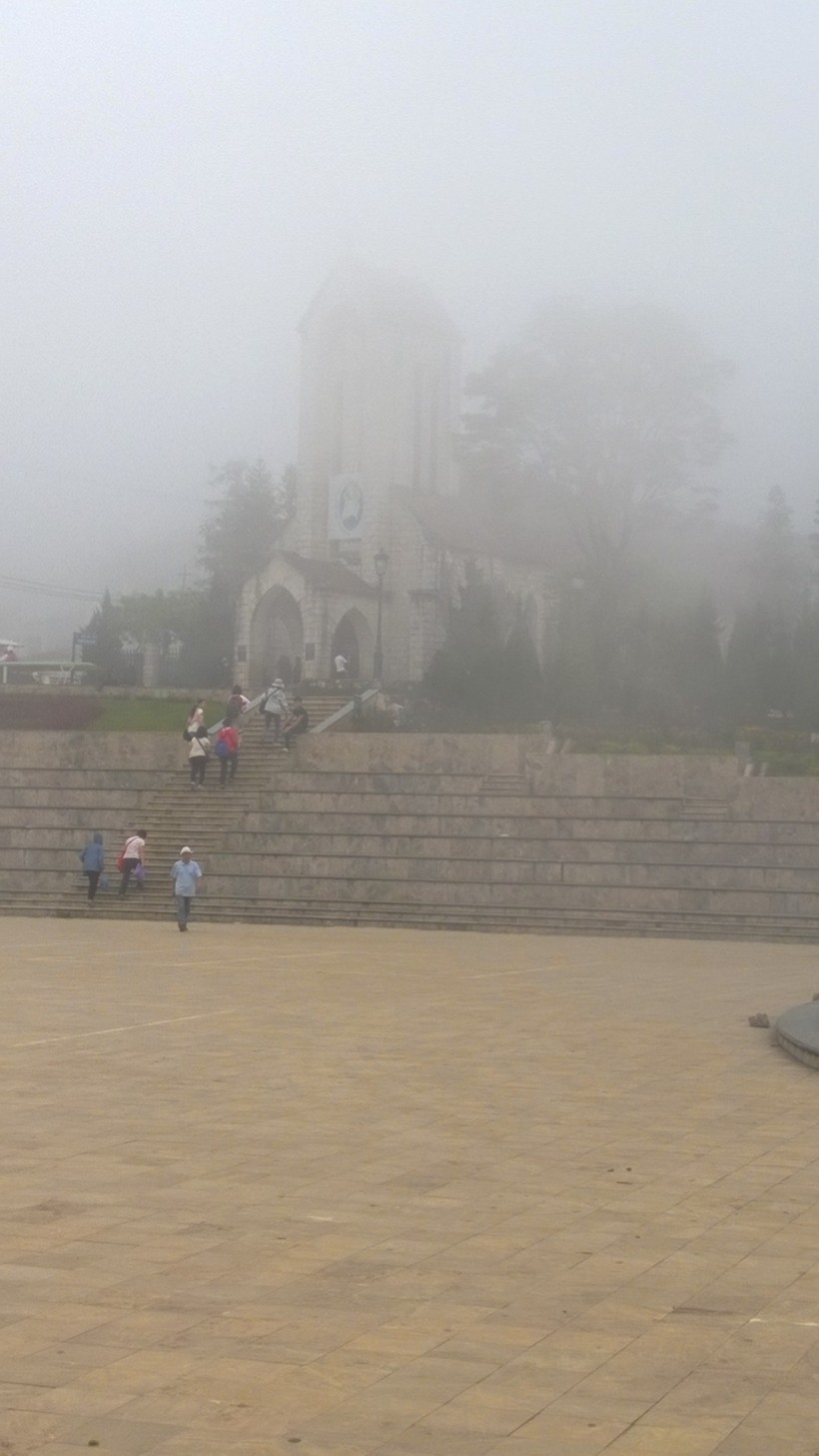 Where we sat and remembered the band of peddlers who seemed to follow us around the countryside. The Hmong people, of whom there are black Hmong, white Hmong, red Hmong and many more, are among the most marginalised people in Vietnam. They had the best English as their livelihoods depended upon it and we became quite fond of them, really. 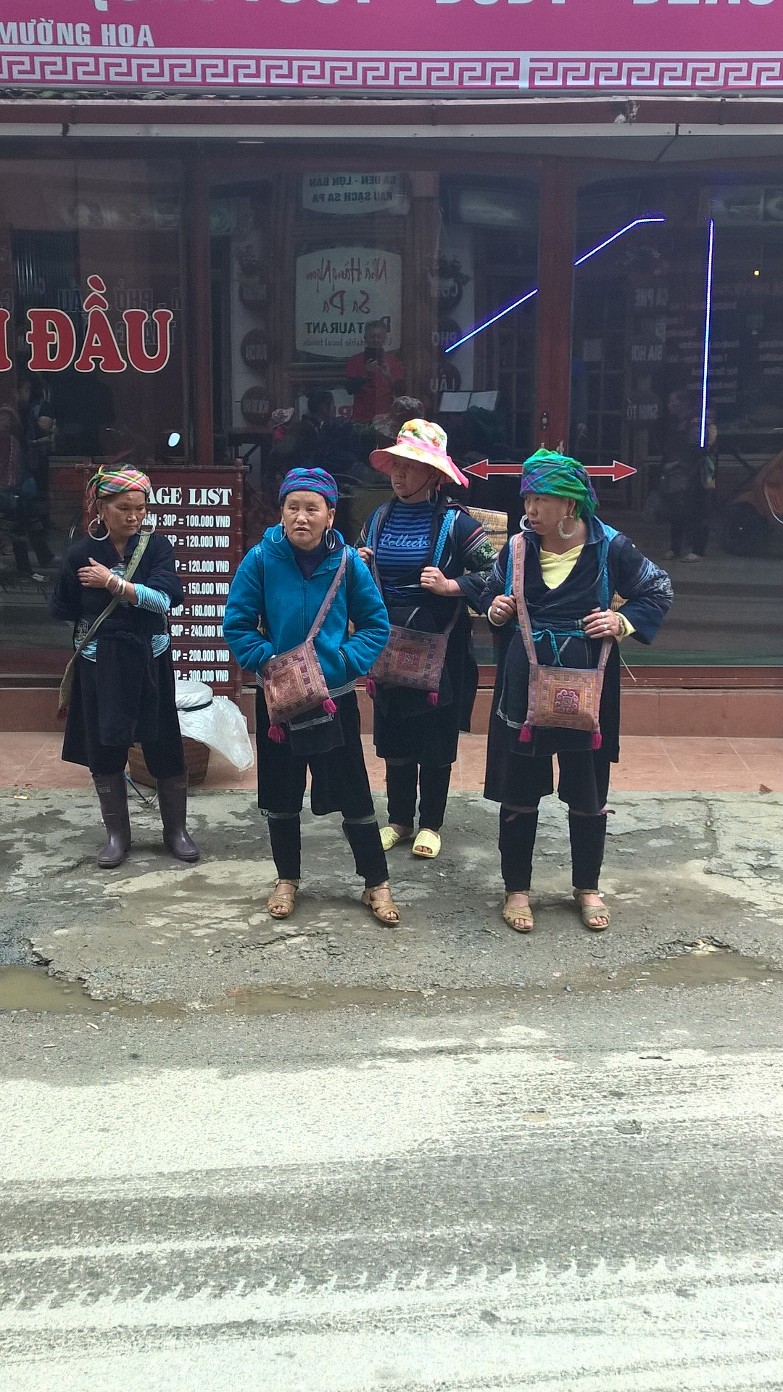 Sa Pa, full of beauty and struggle. You can do home stays (we met a couple of Frenchmen who said it was amazing), hire motorbikes (we’re told that’s quite dangerous if you don’t know the roads) or book treks over the mountains. We  went cautiously, as is our way.

One thought on “Sa Pa, Vietnam”