An easy hour by car, south of Darwin, in the Northern Territory, lies Litchfield National Park. Named after an early explorer, the region has been cared for by the Mak Mak Marranunggu, Werat and Waray Aboriginal people for thousands of years.

The region was used for grazing and the mining of tin, copper and uranium. There are many falls to explore and some areas that have been developed to encourage tourists and visitors, with carparks, picnic areas, boardwalks and campgrounds. There are still natural trails and 4WD tracks for the adventure-seeking.

Berry Springs has 3 ‘pools’ that join if you want to ride downstream on a noodle. Not too deep and quite safe. The water is very clear near the edge – you can see fish. Wangi Falls is a surprise. You swim out to one of the waterfalls and get pounded by the downpour. The floor of the lagoon (?) begins as sandy and is dark in the centre, with twigs and debris. You would have to be able to tread water or swim maybe 60m unless you stay by the edge, and many do.

Beautifully maintained, Wangi has unpowered sites but we chose not to stay here, as there was limited shade in the camping area. We stayed at Litchfield Tourist Park instead, on a grassed site amid beautiful flowers and unusual birdsong that defied description. 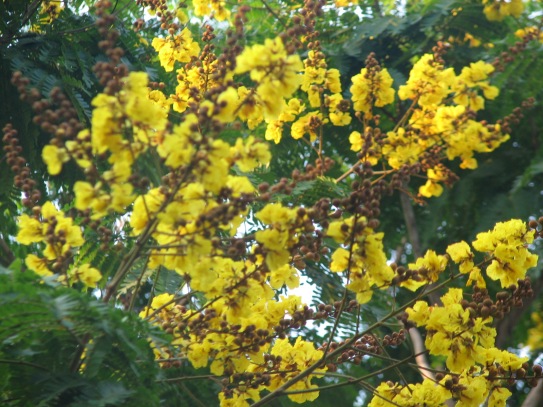 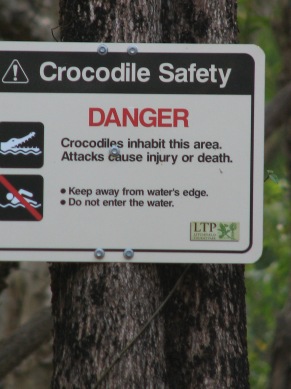 Rangers check daily to keep an eye on crocodiles and remove them from public swimming holes, but I would ask at the ranger station, too. I have read that you shouldn’t sit on bare ground in Litchfield, as scrub typhus is a possibility. So spread that towel on the ground and dry off in the heat!