The capital city of the Northern Territory, Australia, is Darwin. It is neat and small and tropical and a major port for trade and travel. 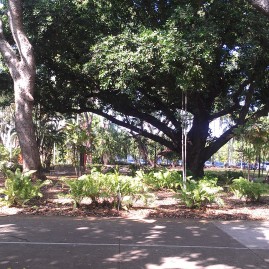 We stayed in the BIG 4 Howard Springs caravan park, about 30 km from Darwin, but there are several other options available and had we known what a quiet city it was, we may have gone for something in the heart of Darwin. Several of the park dwellers worked in the city and some were transient, while others thought they would be and were lured to stay in this warm site – 34-36C all year round.

Australia is so far from anywhere that during WWII we received very little attack, compared to other countries more central to the war. Darwin, however, at the top of the country was bombed 97 times between 1942 and 1943. There are ruins and memorials to commemorate this and most Australians are unaware of the loss of life due to raids and attacks, possibly as these were not pivotal to the war at large and inconsequential to writers of history. 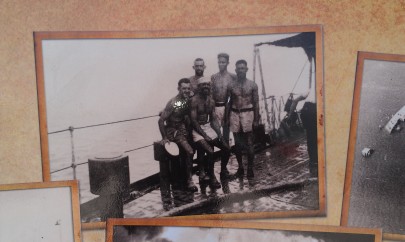 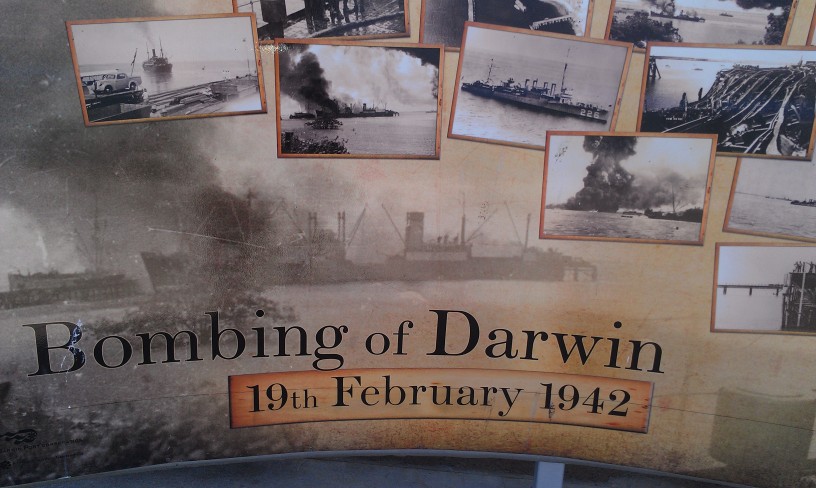 The Darwin information centre is a good place to start and with the short time we had, we visited the Parap Markets and after unsuccessfully trying to find the War Museum, had lunch on Stoke’s Wharf. There was a lot of Balinese goods, being so close to the mainland, but not much local produce. 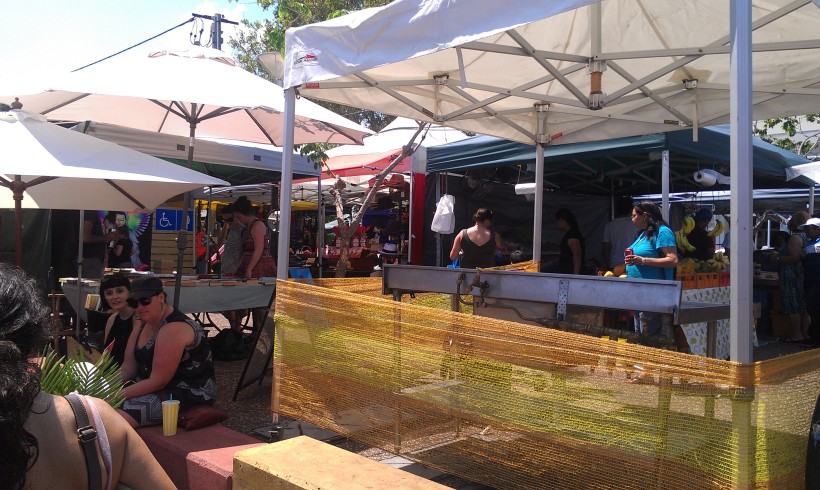 We walked through the town and went to the lookout, over Darwin Harbour and the town beach. As with many northern cities in Australia, in the Summer months there are stingers, sharks can also venture close, and the waters can be swampy, so a “beach” was created with sand and nets to keep out the unwanted. It was pretty strange to see people having a swim on their lunch break in the middle of the city, but who wouldn’t? 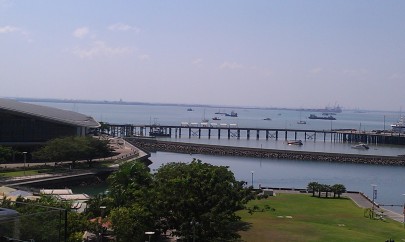 The tunnels are reported to be very good to see – where ammunition was stored to hide it from the Japanese, if they should land – but we didn’t do the tour.

Make 2 or 3 days for Darwin. It is a good base from which to visit Litchfield and Katherine.

Hats, water and shoes will see you travel safely.